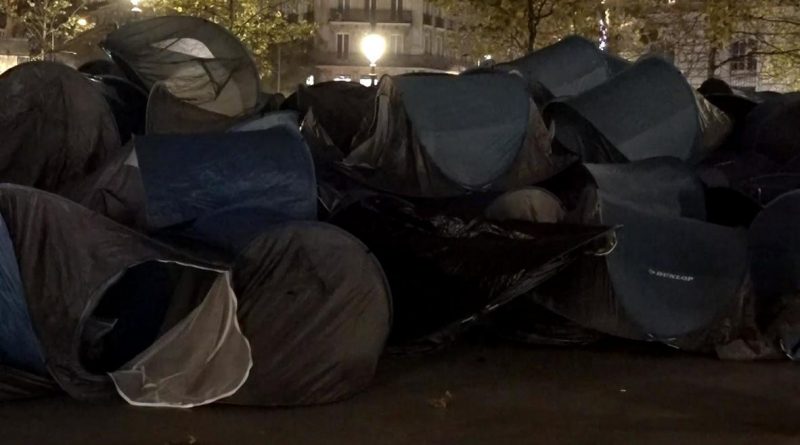 The migrant camp at the iconic Place de la République, site of major French demonstrations, emerged just a week after police had cleared out a bigger, illegal migrant campsite near the national sports stadium on the outskirts of the French capital.

Police used tear gas as they dismantled the new migrant camp of around 500 blue tents, which were set up by volunteers and were quickly filled by migrants, mostly Afghans.

When the police arrived to dismantle the camp, images showed officers picking up tents, sometimes with people still inside, to the protests of migrants and jeers from volunteers.

“They are too violent,” sobbed Shahbuddin, a 34-year-old Afghan as he put a grey beanie back on his head after being forced out of his tent. “We just want a roof.”

France has joined other European states, such as Italy and Britain, in taking a tougher stance on migrants since the outbreak of the Syria conflict in 2011 triggered a migrant crisis across Europe.

Paris is a key stop-off point on the European migrant route, with tented camps repeatedly sprouting up around the city only to be torn down by the police a few months later.

Thousands have travelled from Paris to the port of Calais and attempted to stow away on trucks heading across the Channel to England. A small number attempt the crossing by boat. 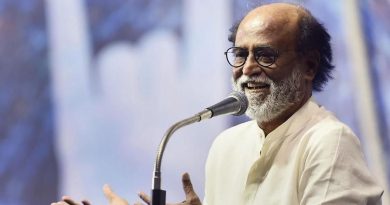 Superstar Rajinikanth to join politics, will launch party in January 2021 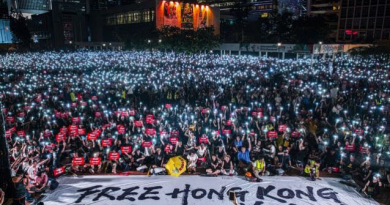 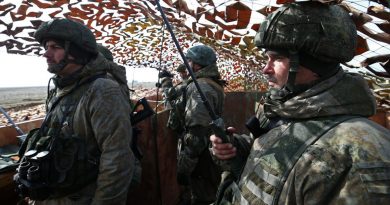