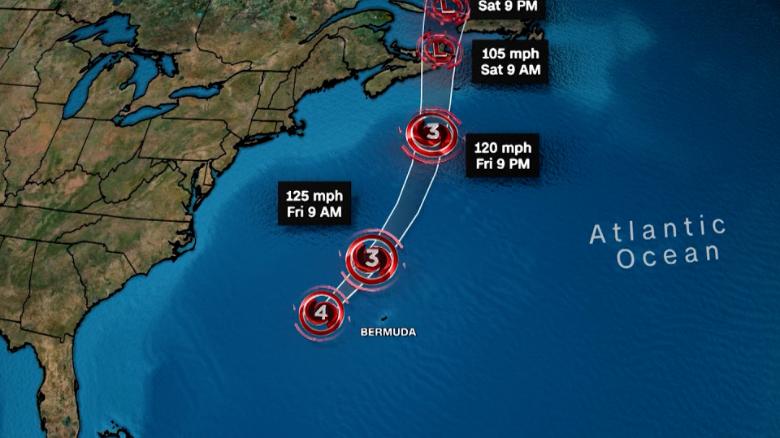 Deadly Hurricane Fiona has strengthened into a Category 4 storm as it barrels toward Canada’s Atlantic coast, according to the National Hurricane Center.

Hurricane Fiona strengthened to a Category 4 storm on Wednesday, after killing at least four people in Puerto Rico and leaving the entire island without power.

The storm dropped 6 to 20 inches of rain in Puerto Rico and the U.S. Virgin Islands, with up to 30 inches of rain falling in southern and southeastern Puerto Rico. The rain caused rivers to rise over their banks and triggered rock and mudslides, according to officials with the Federal Emergency Management Agency.

Thursday morning, the storm system was carrying maximum sustained winds of 130 miles per hour as it continued to move over open water, just west of Bermuda. Fiona’s wind field has expanded, meaning stronger winds extend farther from the center of the storm than they did before, according to the National Weather Service.

Amid flooding and with many people still without power, a heat advisory was issued for the northern and western part of Puerto Rico on Wednesday, where the temperature and humidity will make it feel like it’s 100 to 112 degrees.

FEMA officials said during a press conference Tuesday that at least four people have died in Puerto Rico due to Fiona. A public health emergency was declared in the U.S. territory, and on Wednesday, President Joe Biden approved a disaster declaration for Puerto Rico.

Hospitals on the island are currently operating on generators, according to the governor.

Only 34% of households on the island have potable water after rivers grew and heavy rainfall impacted the system — meaning more than 834,000 people are without drinking water, the governor said Monday.

More than 1,000 people have been rescued by authorities, including a woman rescued Sunday who was stuck in a tree for seven hours after trying to look at the damage, officials said.

Officials in Canada’s Nova Scotia and Prince Edward Island are urging those in the storm’s path to be on high alert and prepare for the impact of the hurricane, which has already claimed the lives of at least five people and shut off power for millions this week as it battered multiple Caribbean islands. “The Air Force Hurricane Hunters have been investigating the major hurricane and have found that it remains powerful and very large,” the center said in an update Friday morning.

“This could be a landmark event for Canada in terms of intensity of a tropical cyclone,” and it could even become Canada’s version of Superstorm Sandy, said Chris Fogarty, Canadian Hurricane Centre manager. Hurricane Sandy affected 24 states and all of the eastern seaboard, causing an estimated $78.7 billion in damage.

In Canada, hurricane warnings are in place for Nova Scotia from Hubbards to Brule and in Newfoundland from Parson’s Pond to Francois. Prince Edward Island and Isle-de-la-Madeleine are also under warnings.Prince Edward Island officials are imploring residents to prepare for the worst as the storm looms.Tanya Mullally, who serves as the province’s head of emergency management, said one of the most pressing concerns with Fiona is the historic storm surge that it’s expected to unleash. “Storm surge is certainly going to be significant. … Flooding that we have not seen nor can we measure against,” Mullally said Thursday during an update.

Canadian Hurricane Center modeling suggests that the surge “depending on the area, could be anywhere from 1.8 to 2.4 meters (6-8 feet),” said Bob Robichaud, a meteorologist with the center. The northern portion of the island stands to bear the brunt of the storm due to the direction of the winds, which will likely cause property damage and coastal flooding, Mullally said. 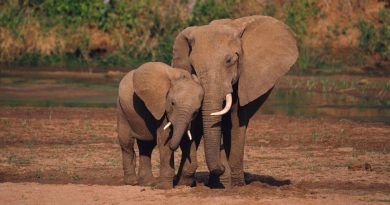 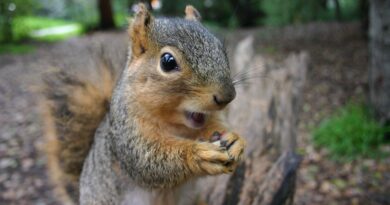 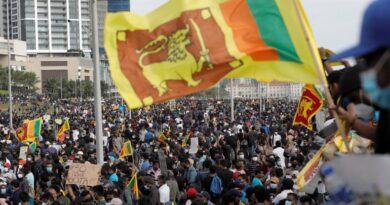