Abandoning its decades-old stance of strongly opposing ivory trade, India for the first time abstained from a vote seeking the commercial sale of African elephant tusks – a move that strengthens suspicions of a quid pro quo deal with Namibia for facilitating the transfer of eight cheetahs.

The development came at a meeting of parties that signed the Convention on International Trade in Endangered Species of Wild Fauna and (CITES), a multilateral treaty to protect endangered plants and animals from the threats of international trade. CITES protects more than 38,000 species against over-exploitation by either banning trade completely or placing strict restrictions.

At the meeting in Panama, Zimbabwe introduced a proposal to allow the commercial sale of elephant tusks that were stockpiled by the governments of Botswana, Namibia, South Africa and Zimbabwe. Though the proposal was defeated on November 18, India’s decision to abstain is significant because Namibia had said that it sought New Delhi’s cooperation on allowing ivory trade in exchange for the translocation of cheetahs from that country to the Kuno National Park in Madhya Pradesh.

Eight African cheetahs from Namibia were brought to the park in Madhya Pradesh on September 17 as part of an ambitious project that seeks to reintroduce the big cat species in the country. India was home to the Asiatic cheetah, which was declared extinct in the early 1950s due to trophy hunting and habitat loss.

According to Indian Express, the agreement between Namibia and India to transfer cheetahs included a commitment to promote “sustainable utilisation and management of biodiversity” by supporting each other “at international forums including meetings” of CITES.

Though ivory was not mentioned in the agreement, a representative of Namibia’s Ministry of Environment, Forestry and Tourism, told the newspaper last month that the country had “approached India to support us in this regard as per the provision of the agreement”. The Indian Ministry of Environment, Forest and Climate Change (MoEFCC) did not entirely deny the claim, saying only that it did not receive “any written communication” from Namibia regarding the lifting of the ban on ivory trade.

Chandra Prakash Goyal, the director-general of forests, MoEFCC, told Indian Express on November 19 that “he was not aware of the circumstances” in which the voting took place. “What is important is that the (ivory trade) proposal was defeated,” he said, when asked why India abstained from voting and if it represented a shift in policy.

India ratified CITES in 1976, a year after it came into effect, and the third conference was held in New Delhi, in 1981. It was during this conference that the logo for CITES, which has an elephant tusk, was designed in India and adopted unanimously by all parties.

Twitter loses payroll department, and other financial employees, as part of mass resignation under Elon Musk 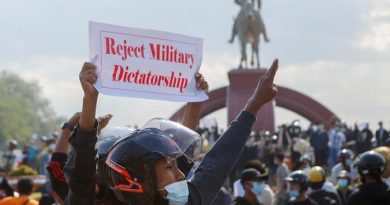