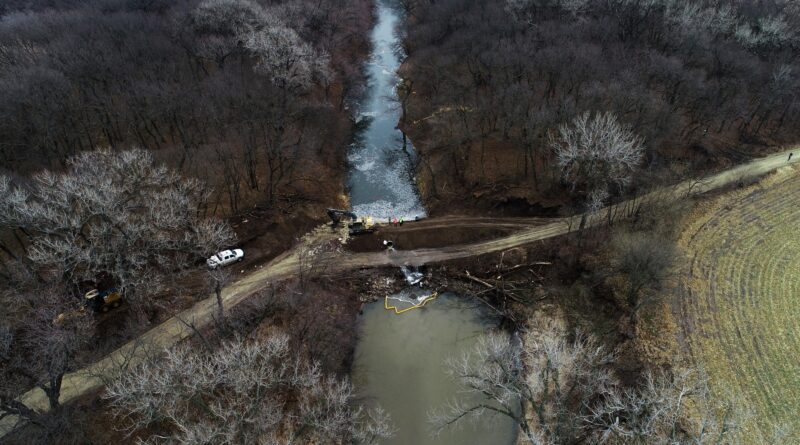 An oil spill in a creek in northeastern Kansas shut down a major pipeline that carries oil from Canada to the Texas Gulf Coast, briefly causing oil prices to rise Thursday. It is the largest for an onshore crude pipeline in more than nine years and by far the biggest in the history of the Keystone pipeline, according to federal data.

The cause of the leak, which occurred in Kansas about 20 miles (32 km) south of a key junction in Steele City, Nebraska, is unknown.

Canada-based TC Energy said it shut down its Keystone system Wednesday night following a drop in pipeline pressure. It said oil spilled into a creek in Washington County, Kansas, about 150 miles (240 kilometers) northwest of Kansas City.

The company on Thursday estimated the spill’s size at about 14,000 barrels, or 588,000 gallons, and said the affected pipeline segment had been “isolated” and the oil contained at the site with booms, or barriers. It did not say how the spill occurred.

“People are sometimes not aware of the havoc that these things can wreak until the disaster happens,” said Zack Pistora, who lobbies the Kansas Legislature for the Sierra Club’s state chapter.

Concerns that spills could pollute waterways spurred opposition to plans by TC Energy to build another crude oil pipeline in the Keystone system, the 1,200-mile (1,900-kilometer) Keystone XL, which would have cut across Montana, South Dakota and Nebraska. Critics also argued that using crude from western Canada’s oil sands would worsen climate change, and President Joe Biden’s cancelation of a U.S. permit for the project led the company to pull the plug last year.

“It is troubling to see so many failures and so much oil spilled from any pipeline, but it is especially troubling from such a relatively new pipeline,” said Bill Caram, executive director of the nonprofit Pipeline Safety Trust, in a statement.

The spill comes about two months after TC said it would temporarily increase capacity on the system to test certain operations. TC has a special permit to operate Keystone at a higher stress level than other U.S. crude lines, according to a 2021 Government Accountability Office report.

Janet Kleeb, who founded the Bold Nebraska environmental and landowner rights group that campaigned against the Keystone XL, said there have been at least 22 spills along the original Keystone pipeline since it began service in 2010. She said federal studies have shown the type of heavy tar sands oil the pipeline carries can be especially difficult to clean up in water because it tends to sink.

“All oil spills are difficult, but tar sands in particular are very toxic and very difficult, so I’m awfully concerned,” said Kleeb, who is also the Nebraska Democratic Party’s chair.

But the U.S. Environmental Protection Agency said there were no known effects yet on drinking water wells or the public, and the oil didn’t move from the creek to larger waterways. Randy Hubbard, the Washington County Emergency Management coordinator, said there were no evacuations ordered because the break occurred in rural pastureland.

TC Energy said it had set up environmental monitoring at the site, including around-the-clock air quality monitoring. 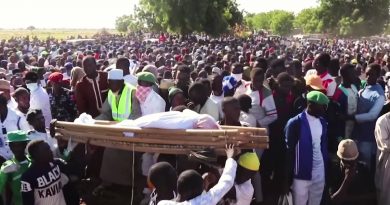 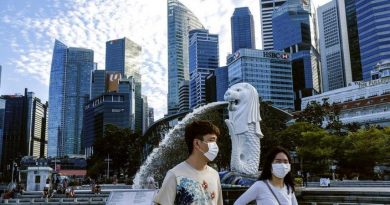